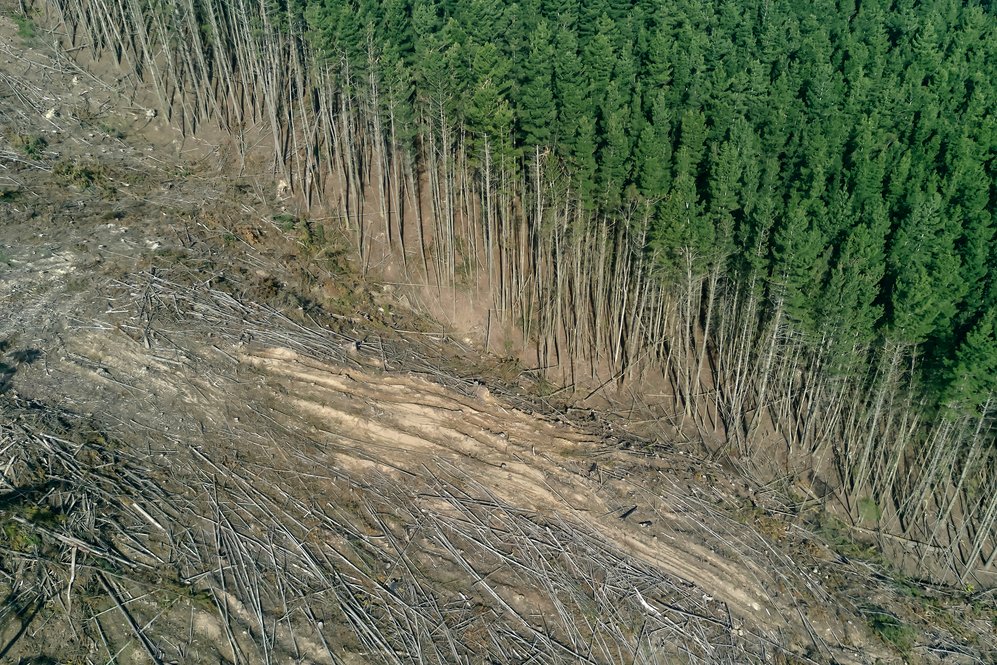 Deforestation-free is a key element of sustainable and environmentally friendly agri-food systems. For many food producers, however, switching to deforestation-free could seem complicated and onerous. "Gold standard” sustainable Non-GMO programs, such as Donau Soja and ProTerra, are, however, already doing the hard work of segregation and traceability to ensure that value chains are GMO-free. These standards ensure both Non-GMO nature of e.g. soy, but also that they are deforestation- and conversion-free.

Deforestation-free – the next big hurdle

Deforestation, to clear land for agriculture, is devastating large swathes of, in particular, South America as well as other parts of the world. This is not only hugely damaging for the local environment and biodiversity, but also exacerbates the global climate crisis. Globally, deforestation is responsible for 15% of all greenhouse gas emissions. Just between 1990 and 2020 the world has lost 420 million hectares of forest – an area larger than the European Union. Trees and forests hold the key to helping mitigate devastating climate change. It is therefore urgent that their catastrophic destruction and degradation is halted.

Soy plays a significant role in deforestation, as a large proportion of worldwide supply comes from South America where there has been extensive and growing deforestation. Soy is accountable for 31% of deforestation for agricultural products imported into the EU (WWF, 2021). Data from the National Institute for Space Research (INPE) in Brazil show that between 2000 and 2016, about 5.3 million hectares of natural land in the Amazon and the Cerrado were converted into arable land for soy cultivation.

Getting ahead of EU legislation

The EU has taken a big step in introducing a significant new regulation which aims to stop the buying and consumption of products which contribute to deforestation. This is concerning for many because in order to ensure deforestation-free, strict segregation and traceability of products is needed, meaning onerous new processes for businesses.

Switching to deforestation-free soy does not have to be costly and complicated. “Gold standards”, like those from Donau Soja and the ProTerra, have already done the hard work: Non-GMO, sustainable soy comes with the guarantee that it’s deforestation-free. Once a product is certified against one of these gold-standards, it is guaranteed that it will be deforestation and land-use change free, and at the same time meet the growing demands of consumers: who increasingly want clarity on where their food comes from and they want it to be sustainable and ethical.

ProTerra – stamping out land use change

One of ProTerra’s main focuses, as stated in its standard, is “biodiversity conservation, effective environmental management and environmental services”. ProTerra’s aim is to support companies to avoid raw materials within their supply chain connected to land use change and deforestation. ProTerra-certified Non-GMO and deforestation-free soy amounts to 1.61 million metric tonnes for the 2021/22 cycle for Brazil and around 2 million globally, with also a significant quantity of sugar cane under certification.

Emese Van Maanen, Managing Director of ProTerra Foundation, comments: “Deforestation is one of the primary causes of climate change. Principle 4 in the ProTerra Standard seeks to eradicate the clearing of native vegetation for agriculture. ProTerra Standard-certified organisations perform comprehensive environmental and social impact assessments to identify risks relating to any large expansion of their activities. Through implementing this principle, businesses will protect natural eco-systems and adhere to governmental and international regulations.”

Following this year’s harvest, a significant milestone has been reached by Donau Soja: 1.4 million tonnes of Donau Soja / Europe Soya certified Non-GM soybeans have been produced and certified in Europe. This is equivalent to almost 15% of overall European soy production. This means that there are 1 million tonnes of certified deforestation-free soybeans available for European supply chains, since Donau Soja prohibits deforestation and land conversion. Only land that was used as agricultural land before 1st January 2008 may be used for Donau Soja / Europe Soya cultivation.

Donau Soja Senior Advisor, Susanne Fromwald, explains: “Non-GM supply chains require strict control and traceability. A key challenge is to preserve the product quality from farm to fork through physical segregation. What we see now in the light of a global climate and biodiversity crisis, is that traceability and transparency is getting more and more important also for ensuring deforestation-free supply chains.”

Many companies perceive segregated supply chains as a big obstacle. However, the chain of custody model has been working well with Non-GMO for decades. A best practice example is the Austrian egg sector: back in 2013 the sector switched to Non-GMO and Donau Soja certified soy feed. This means in Austria annually 1.7 billion eggs are produced Non-GMO and deforestation-free.

For feed and food producers in the EU, ensuring deforestation-free supply chains is going to be essential. The Donau Soja and ProTerra examples show that there is already plentiful deforestation-free, Non-GMO soy available on the market and that the systems and technology exist to ensure that the EU puts a stop to deforestation.