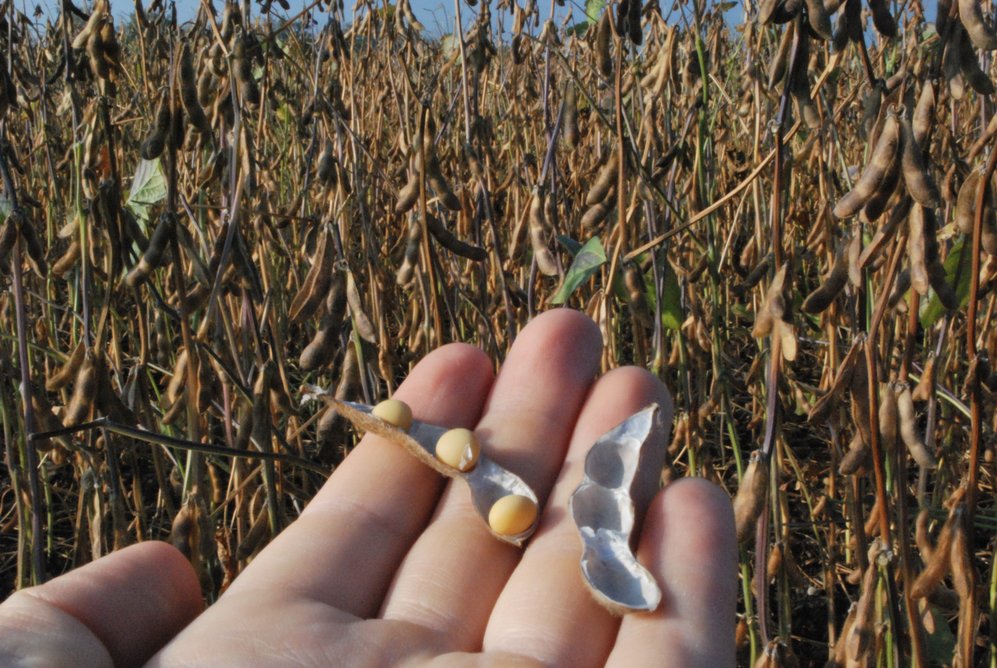 The Republic of Moldova – a significant producer of Non-GMO soy for European markets - does not cultivate genetically modified crops, and there have been no authorisations given for the import of GMO seeds, and so fields growing GM crops should not exist in the country. In practice, there has been a lack of oversight and regulation in this area until recently. However, the Moldovan Parliament has just passed a new law – coming into force in summer 2024, which will allow GMOs to be restricted or prohibited in the Republic of Moldova, as well as ensuring strict authorisation, labelling and transparency procedures.

Only GM soy imports for feed authorised
Soybeans are cultivated across over 30 thousand ha in Moldova, with an average productivity of about 1.3 tonnes per ha. The country, therefore, needs to import soybean meal.  The only GMO authorised by the National Biosafety Commission of the Republic of Moldova, is soybean meal obtained from genetically modified soybeans to supply the livestock sector. This product is authorised for use as food and feed in the EU as well.

…but, there is illegal cultivation
However, some investigations carried out on the presence of GMOs in the domestic market, have demonstrated GM soy cultivation in Moldova. They also highlight gaps in the legislative and policy framework, ineffective state control and lack of sufficient instruments for prevention and detection of GMO use to ensure biosafety.

Agriculture plays an important role in Moldova’s economy and its society, so it is even more important that all activities related to the handling, use, cross-border movements and transit of genetically modified organisms are regulated, last but not least, in order to prevent any adverse effects on the country’s biodiversity.

Cartagena Protocol on Biosafety ratified by Parliament in 2002

The Cartagena Protocol on Biosafety (an international agreement which aims to ensure the safe handling, transport and use of living modified organisms resulting from modern biotechnology that may have adverse effects on biological diversity) was ratified by Moldova’s Parliament in 2002. In order to implement it and to establish legal regulations on breeding, testing, use and trade of GMOs in the Republic of Moldova, a number of legislative and regulatory acts were developed.  In reality, however, there has been a lack of oversight and regulation in this area.

A new GMO law replaces an effectively defunct one

For about 20 years there has been a lack of policy development, implementation and control of activities regarding GMOs at a national level, such as a lack of monitoring and cross-border surveillance.

A new law in the field of biosafety was clearly needed, and the Moldovan Parliament voted through the law on the regulation and control of genetically modified organisms on 9th June 2022 in order to align with EU legislation. It establishes the regulatory and institutional framework for breeding, testing, use, trading, import and export of GMOs, as well as precautionary measures to prevent, monitor and detect their use in agriculture and food and feed. Once this law enters into force, in July 2024, there will be the possibility of restricting or prohibiting GMOs in the Republic of Moldova or in certain areas. Strict traceability of GMOs and transparency of the authorisation process for the use of GMOs will be ensured. It will also ensure that all interest groups will be informed about the effects of agro-food products containing genetically modified organisms.

For more information about the situation of the Non-GMO food sector in the Republic of Moldova, contact, Donau Soja’s Moldova office: https://www.donausoja.org/organisation/meet-our-team/office-moldova/