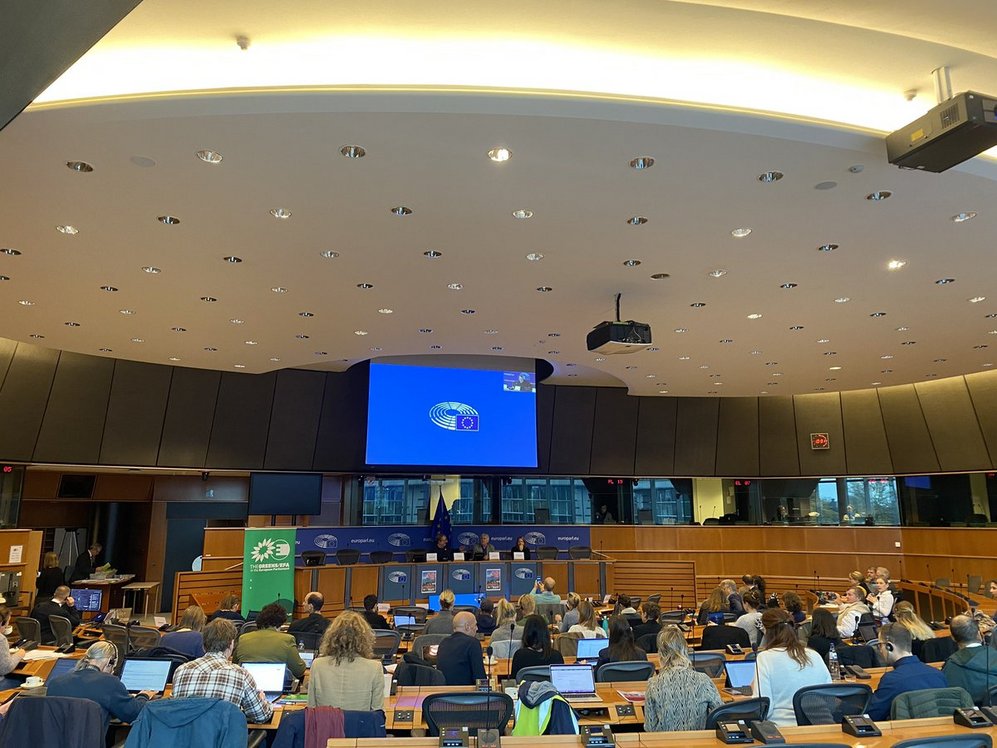 On 17 November, GMO-Free Europe hosted a conference in the European Parliament, Brussels. Given the high level of political attention on the topic of New Genomic Techniques, following the European Commission’s recent announcement of its Work Plan for 2023 and the inclusion of new legislation, the event attracted politicians and stakeholders from civil society, agriculture and the retail sector.

Jointly organised by GMO-Free Europe, Save Our Seeds and IFOAM Organics Europe and hosted by the Green Group / EFA in the European Parliament, the conference was an opportunity to hear from the European Commission itself, as well as MEPs, scientists, NGOs and other experts. It covered in detail:

o    The impact of a deregulation on the food & farming sector and the GMO-free production chain
o    Freedom of choice between GM- and Non-GM products for food producers and consumers
o    Input from the European Commission, Members of the European Parliament and GMO-free Regions
o    The questionable scientific foundations of the Commission's initiative

Word of warning on deregulation

The conference heard from the experience of a country that has already gone through a deregulation (Canada) and one where there is one going through Parliament at the moment (UK). They both made stark warnings to the EU, with Pat Thomas of Beyond GM saying: “Don’t go down this path, but choose caution and democracy instead.”

On the claims made by proponents of New GMOs – that they can offer a solution to big societal problems such as climate change and drought - the response of Eva Gelinsky, Swiss Federal Ethics Committee on Non-Human Biotechnology ECNH, was clear: “Due to the complexity of "climate-relevant" traits, it cannot be assumed that the new genetic engineering approaches can contribute to the adaptation of agriculture to global warming. It is not to be expected that "climate-adapted" varieties developed using CRISPR/Cas will be available quickly - if at all!”, she stated.

The voice of consumers was heard, via Fabrizio Fabbri, European Community of Consumer Co-operatives who said: “deregulating NGTs will jeopardise both the market of GMO-free labelled products, as well as that of organic products.”

These presentations from key stakeholders echoed ENGA’s own position on the deregulation of New GMOs, summarised by Heike Moldenhauer, ENGA’s Secretary General, in her concluding comments during her presentation at the conference “The EC with its deregulation plans, endangers two booming food markets - the conventional and organic Non-GMO markets. And for what? For fact-free sustainability claims, for promises that non-existing plants can mitigate the consequences of the climate crisis and biodiversity loss.”

The key message of the event was clear: new GMOs must be governed as any other GMOs under the case-by-case assessment under the current legislative framework, to guarantee transparency, traceability, and labelling. This is essential for consumers, retailers, producers, organic as well as conventional farmers and breeders as well as from an environmental and human health perspective.

To find out more or watch the recording of the event go to: https://www.gmo-free-regions.org/gmo-freeeuropeevent2022.html