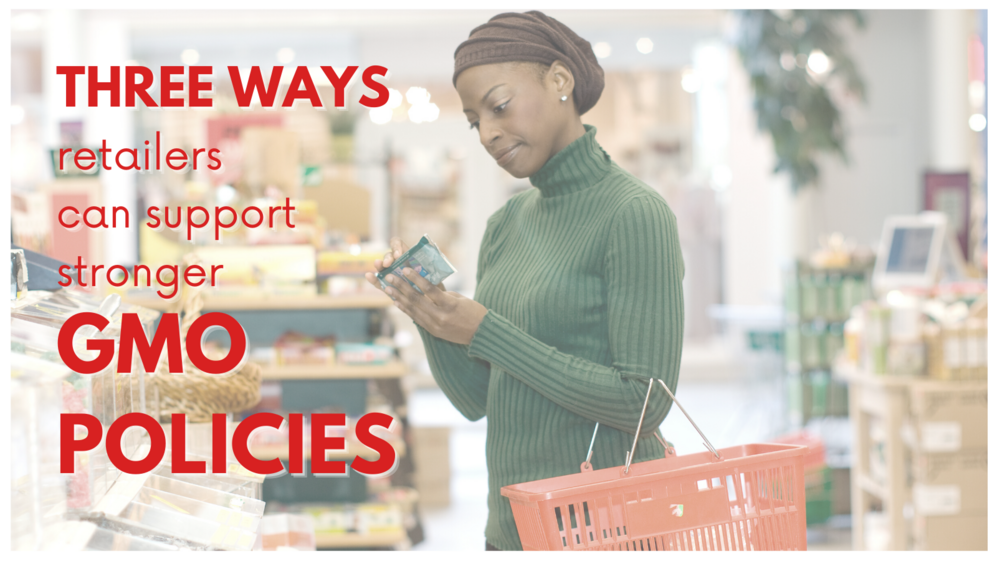 This month ENGA joined more than 60 organisations, based in the UK and the EU, calling on retailers to exercise their influence to support civil society and consumers who want New GMOs to be clearly labelled, according to current legislation. The letter asks that retailers take a stand against policy makers’ attempts to deregulate New GMOs.

In a joint letter, the organisations – from civil society and the food and agriculture sectors - raised their deep concern about the ongoing processes leading towards a deregulation of New GMOs both in England and the EU. They flagged up the huge risk that if these deregulation plans go ahead, existing requirements for GMO risk assessment, traceability and labelling would be abandoned for a wide range of genetically modified organisms. Breeders, farmers, food and feed processors, retailers and consumers would no longer know where these GM plants and animals are in the system and would have no way to avoid them. Meaning a loss of control over all value chains for the entire food sector, which is responsible and liable for the food it produces and sells.

The letter raises with retailers the urgent need for their engagement on this topic before it is too late. There is a real risk of their selling untested and unlabelled GMOs – both in plant-based foods and in foods of animal origin. And, importantly, this is not what consumers - their customers - want. People want, and have the right, to know what is in their food and if and when they are buying and consuming GMOs. The onus will be on supermarkets to inform their customers, but – under a deregulation situation – they will not have the ability to do so.