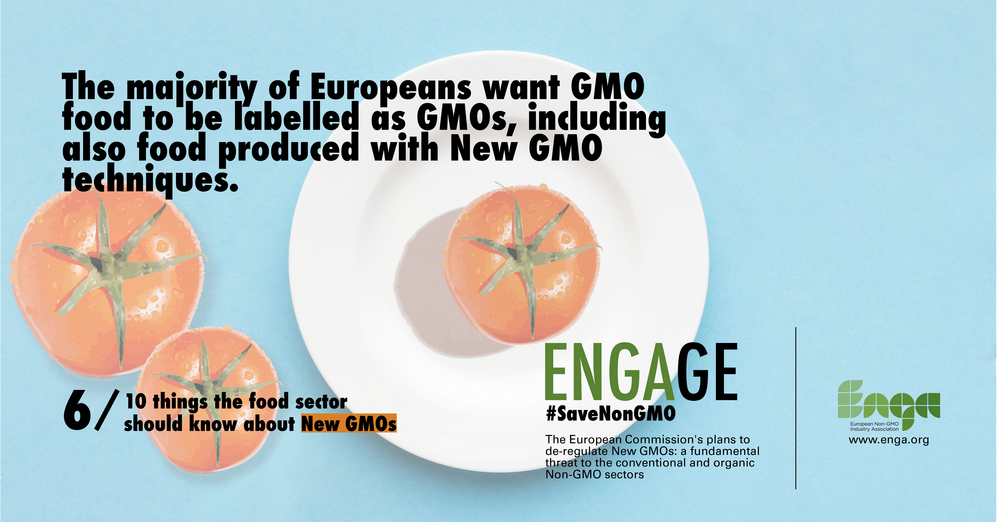 The majority of Europeans want GM food to be labelled as GMOs, including also food produced with new GM techniques

In recent years, we’ve been witnessing that consumers more and more want to know what is in their food: where it comes from, whether it is sustainable, how is it produced etc. An abolishment of labelling for New GMOs, as discussed by the EU Commission, would completely go against this trend.

The opinion of young people in Europe is particularly interesting to note, as in the example of Germany where they are sceptical about genetic engineering in agriculture (2021, German Ministry of Environment report): 83 per cent, for example, would like to see clear labelling of genetically modified food.

New research undertaken in Austria in late April 2022, among 1,000 respondents, found that Austrian consumers want to see a strict regulation of New Genomic Techniques (NGTs) and products derived from them: 80.4% of respondents want to see NGTs regulated in the same way as “old” GMOs – that they need to be clearly labelled as GMOs. 77.4% of respondents think that the high quality standards of Austrian agriculture would come under threat by the use of NGTs. A vast majority of those polled (90.7%) explicitly called upon the Austrian government to enforce within the EU that NGTs are subject to the same controlling mechanisms as old GMOs.

This is surely a strong warning signal to EU politicians and the European Commission that the direction of travel (full deregulation of NGTs) will be fiercely opposed by many citizens and that their opinions should be taken into account when planning the regulation (or deregulation of New GMOs.

If new GMO products are as convincing and successful as it is promised, they should easily be also convincing and successful under the current EU GMO legislation and its labelling regime. Otherwise, can people trust a technology and its products which can only succeed if it stays invisible for the public, including economic operators and consumers?